The day after the 2010 mid-term elections, South Carolina Senator Jim DeMint, Tea Party darling, drew a line in the sand.  He stated flatly that Republicans would not vote for an increase in the debt ceiling unless it was tied drastic reductions in government spending and a balanced budget amendment.   The debt ceiling deal of August 2nd gave Republicans a version of that bill.  The deal doesn’t go nearly as far as they would like it to, but it’s definitely a step in their favor.

DeMint’s promise reflects the underlying Tea Party ideology: that cutting the size of government, reducing taxes and regulation, and increasing privatization is the best thing for our country.   It’s an agenda driven by passion, and its ascendency in Washington puts the very meaning and relevance of government to a referendum.

At such a critical moment in U.S. politics, one might assume that an equally passionate left wing is calling for economic growth through increased public investments and comprehensive tax reform to finance it all.  But, instead, our Democratic president chose this moment to be the “adult in the room,” betting all of his chips on his reelection and, by the end, snapping defeat from the jaws of victory in the name of being reasonable.

But let’s not beat up on the president before asking the question, “just where was our side in this debate?”   Why isn’t the left at least as powerful as the Tea Parties?  After all, we represent more people, right?

Part of the answer to these questions is revealed by a Pew Research Center for People and the Press telephone poll.  The poll found that Republicans and Tea Party-affiliated respondents paid more attention to the debt negotiations and were more likely to take action to influence the outcome than the relatively silent, more liberal, majority.

Make no mistake.  The structure of the debt ceiling debate, as well as the actual legislation that resulted, was built largely without our input.

What, if anything, are we to learn from this dispiriting spectacle? Well, for one thing, that a relatively small and marginal group of organized and passionate (if misguided) people can make a real difference.

The Tea Parties don’t represent the majority of Americans, but then the majority of Americans aren’t critical deciders in public policy debates.  The Tea Parties are, or at least have created the impression they are, the most organized and impassioned minority.  They are able to act as a bloc, spoil elections, and, most importantly, articulate the authentic and deep dissatisfaction with government that many Americans are feeling.

In short, the Tea Parties have made themselves into the Christian Right of the new century.  In the ‘80s when the evangelical right rose to influence, they represented a bloc of about 15,000,000 voters – hardly a majority.  However, as the largest, most organized, and most vocal minority bloc they changed the direction of U.S. politics.  Like the Tea Parties, they weren’t afraid of ideology, or of appearing too radical.  They believed that radicalism was the best response to the politics they saw as rotten to its roots.

If we are to counter the influence of the Tea Parties, we need to start building a radical, visionary agenda of change from the bottom up.  We need a vision that is as clear and authentic an expression of the dissatisfaction and the hopes and dreams of the communities that we represent as the Tea Party’s agenda is for those on their side of the political divide.  It’s time to develop the leadership of progressive folks, to build the grassroots institutions that define and advance progressive policy and to support those institutions that push for social justice and progressive reform.

That has been the work of SJF for the last 33 years. Join us, support us and let our voices be heard.

Scot Nakagawa is a partner in ChangeLab, a national firm involved in research, analysis, and capacity building for social justice. 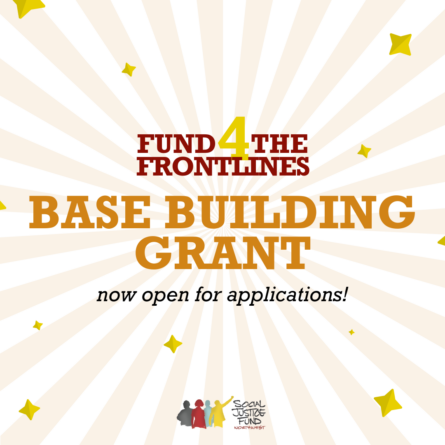 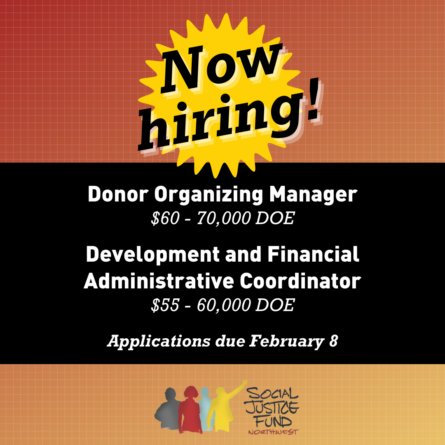