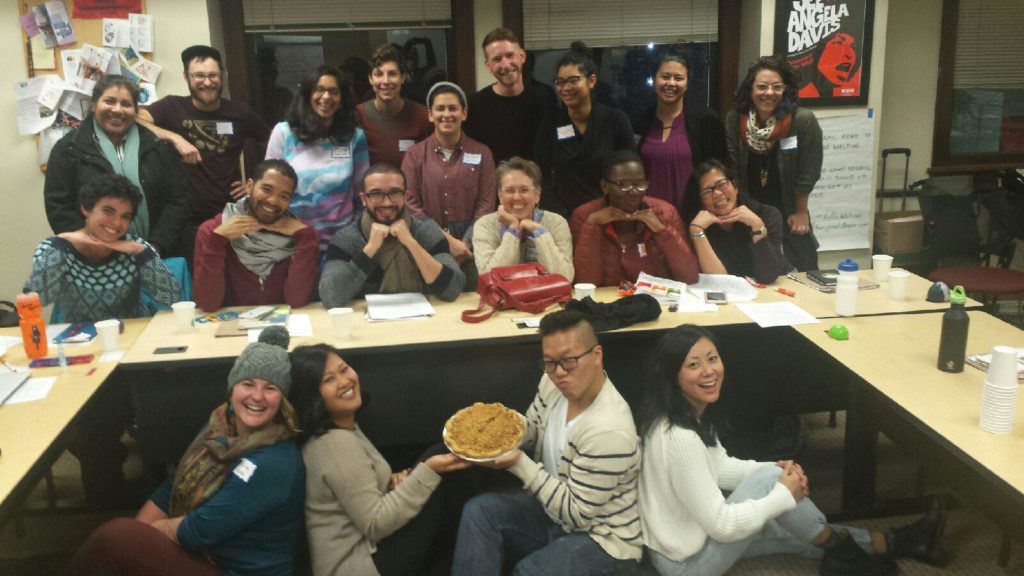 Meet two of the members of the Immigrant Justice Giving Project:

We’re proud and delighted to announce that the following organizations received two-year grants of about $24,000 each to continue their organizing for immigrant justice.

Mano a Mano Family Center
Salem, OR
Through Mano a Mano Family Center’s program Latinos Unidos Siempre, they support and build collective power for immigrant youth and their families. LUS will focus on training more legal observers to establish a strong team for rapid response work (around ICE raids and deportations). This also includes training and recruiting members for the Barrio Watch project to fill in positions of leadership in boards and committees by the city of Salem.

Mujeres Luchadores Progresistas
Woodburn, OR
Mujeres Luchadores Progresistas (MLP) is working integrate to leadership and social economic development in every aspect of its organization. Support will be used for communities in need of leadership and social economic development among Latino immigrant and farmworker women. Through collective action, MLP will organize these women, who face issues of domestic and worker abuse, to break the cycle of violence in their homes and workplace.

Restaurant Opportunities Center (ROC)-United
Seattle, WA
ROC-Seattle (Restaurant Opportunities Center-Seattle) is focused on building power for low-wage restaurant workers by lifting industry standards through participatory research and policy work; organizing workers to confront exploitation, low wages, and poor standards in their workplaces; and promoting  profitability through partnerships with responsible restaurateurs and a workforce-development program that moves low-income workers into livable-wage jobs. ROC works at the intersections of race and gender, pushing to advance economic, racial, and gender justice together.

Washington Immigrant Solidarity Network
Burien, WA
The Washington Immigrant Solidarity Network (WAISN) works to strengthen the statewide resistance and fight Immigration and Customs Enforcement (ICE) attacks, by building pockets of resistance and supporting the growth of organizations and communities in the eastern part of the state.