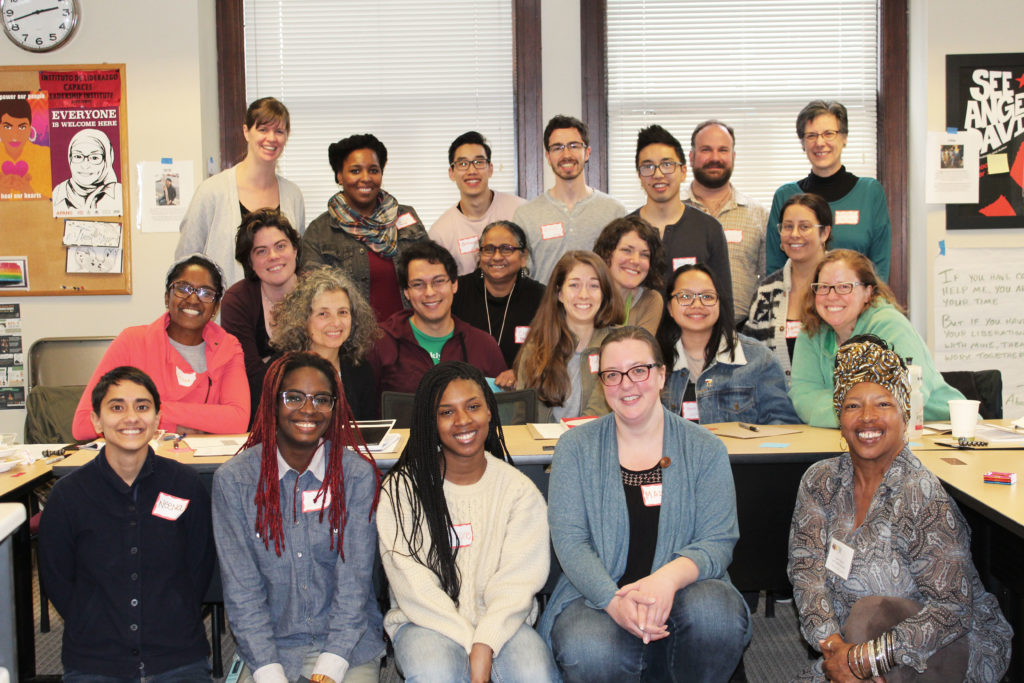 From the Spring 2018 “Justice Notes” newsletter.

Photo: Members of the 2018 Criminal Justice Giving Project in Seattle.

SJF’s innovative Giving Projects model has been embraced by a group of six participating funders called the Giving Project Learning Community, transforming the philanthropic approach of the community’s members. In an article published in the most recent edition of the Grassroots Fundraising Journal, Zeke Spier & Allison Johnson Heist reflect on how the model has evolved over time. Here is an excerpt focusing on the particular impact it has had through engaging people of color as donor organizers.

Three themes emerged from interviews with Giving Project donors who identify as people of color:

They are deeply affected by the curriculum around race, class and money.

They aren’t comfortable using the term “philanthropist” to describe their role in the community.

They are an underutilized resource when it comes to raising money for social movements.

The way in which the Giving Project curriculum addresses race, racism and white supremacy in all their forms is unique and sets the stage for participants of color to bring their whole selves to the process.

Most participants identified the content and conversations around class as being unexplored territory, and connecting their race and their class to their social identity was new work. Each Giving Project provides space and coaching for participants to explore their feelings about making a personal financial gift and asking people in their social networks for money. It’s in exactly these places of exploration and tension that important conversations within the group led to successful fundraising conversations with their donors.

The Giving Project engages people of color as fundraisers and donors in profound ways not seen in the broader philanthropic sector. Why has this model been so successful to date in capturing the attention, passion and resources of people of color? What are we doing right, and what might the rest of the field be able to glean from our experience? And because the Giving Project is explicit in naming and addressing dynamics around race and class, how might that impact donors of color and their giving?

Many participants of color gravitated toward the alternative term of “donor organizer” [instead of “philanthropist”] which has emerged among Giving Project vernacular to describe how participants act as financial resource-gatherers for social justice. In this way, people of color described what could be key to revitalizing traditional philanthropy – a commitment to both giving and acting on one’s values in community.

Finally, it became clear that people of color aren’t being asked enough to give. In a Giving Project, all participants donate from their own pockets in addition to fundraising from their networks. When participants are asked to consider a meaningful gift to the project, it often results in the largest gift they have ever given. Factors that lead to this significant contribution include being inspired to give to multiple organizations at once and seeing the value and privilege of gaining in-depth knowledge of community work through the grantmaking process. What is most striking is that for many people of color interviewed for this project, this was the first time they had been asked to give a monetary donation to any organization.

To begin engaging donors of color in your work, follow the lead of those most directly involved in how giving and philanthropy works in communities of color. Listen to the cultural nuances that come up when discussing giving among and between communities.

New language will need to emerge in order to be inclusive and reflective of more communities involved in the work.

LEARN MORE Read the rest of the article at bit.ly/donor_organizer